Self Care at the Core of Counseling

What began as a six-month pilot program, the Ambulatory Withdrawal Management Program is now in its ninth month. We talked to one client, Carl, who has been at the rehabilitation facility Stella Maris for a month. At Stella Maris treatment center, clients are initially admitted to the detox center to receive skilled nursing care as the drugs completely leave their system.

After the detox period, participants may be admitted to the Stella Maris dorms where they begin their residential treatment program through group therapy and other activities. At that point, so soon after the initial detox, many patients are still suffering from the effects of withdrawal such as severe anxiety and depression.

That’s where the Ambulatory Withdrawal Management Program comes in.

“I’ve got to make things right here,” Carl told us on a typical cold, wintery Cleveland day. We met Carl, along with Jackie, a registered nurse at Stella Maris, Thom, a psychiatric nurse at Visiting Nurse Association of Ohio and Moira, a social worker at VNA. Carl has been at Stella Maris for a month working through the program with the help of Visiting Nurse Association of Ohio’s Ambulatory Withdrawal Management Program.

He was enrolled in the program when he came out of detox and was going into the dorms. Coming out of detox, he had severe anxiety and had not had much contact with groups of people apart from his family for a long time.

Through the Ambulatory Withdrawal Management Program (AWMP), Thom, the psychiatric nurse at VNA of Ohio, helped Carl with his medication needs, working with VNA’s psychiatrist who prescribed him Gabapentin and Doxepin to help ease his anxiety so he could transition to the dorms. “The medication you prescribed me helped a lot,” Carl said. “It took the urges away. It took the hurt away.”

Apart from the medication, the AWMP also includes access to counseling. Moira, a master’s prepared LISW-S for 30 years, said, “Our role is to come in and help people as they’re feeling a little better with the prescriptions. We do some talking therapy and let people maybe say things they’ve never told anybody before. We give them an opportunity to say things in confidence that’s not going to be shared and realize that the ceiling never fell down.”

Carl told us, “Building that trust with somebody, that was a big thing.

“It was so easy for me to talk to her [Moira] because it just felt like I was talking to my mom or something,” he explained. “I could get everything that’s on my chest, I could get it off of me. I put a lot of my story out there and she just gave me simple advice.

When he told us his story, Carl described his experience with the powerful, terrible drug: heroin.

Growing up in Cleveland, Carl had a tough upbringing and adolescence and seemed to always be in the role of caregiver for his siblings and his own children. When his young son was diagnosed with cancer, Carl turned to pills and eventually to heroin to cope with the stress. “It was like meeting your girlfriend for the first time that you know that you’re going to spend your life with.”

Now, a month into the recovery program, Carl says he wants to get this right the first time. “Right now, it’s all about being here in the moment and getting better.”

Having the social worker come in during this transition period helps clients like Carl focus on the underlying issues. Moira said, “I try to give more support, help normalize what folks are feeling because this is something that I’ve seen with other people. I let them know that it will get better. People who come into this program, they’ve given up a lot to be here, to take care of themselves,” she said.

She tells Carl, “I want you to be able to not feel guilty about being here. It gives you time to take a break but also an opportunity to really look at stuff, to talk about feelings, talk about family issues. Feelings that maybe were stuffed down or maybe not even aware of how it’s made you feel. How it’s made folks maybe more drawn toward the drug or vulnerable to taking drugs.”

Moira hopes that clients can see the benefits of counseling and continue with a counselor in the future. She tells Carl, “Do yourself that added gift of continuing on in a counseling relationship.” Carl responds, “Absolutely.”

For now, Carl is focused on getting better and also wants to give back. “My goal is to be a better person than I was before I started doing drugs. One of the reasons why I wanted to do this interview was to give back. To put my story out there for the next person to understand that you’re not the only one who goes through something like this.”

He reminds us, “There’s bigger, better things out there for you if you just want to have it. It’s there for you to take and you’ve just got to reach for it and grab for it.”

Learn more about Visiting Nurse Association of Ohio's Behavioral Health Care and Mental Health services, or call us today at 1-877-698-6264. 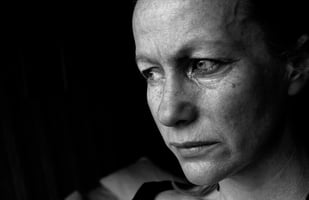 The mental health team at Visiting Nurse Association has been playing a key role in the training of... 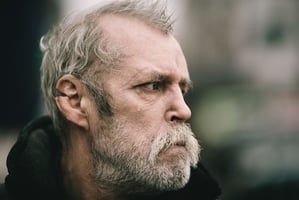 In June, Visiting Nurse Association of Ohio, in partnership with the ADAMHS Board of Cuyahoga... 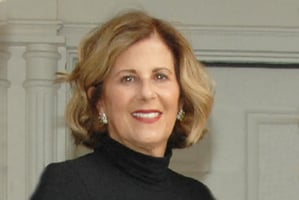 Why I Give to VNA of Ohio

I get calls at all hours of the day asking for my advice or opinion on a medical-related issue....